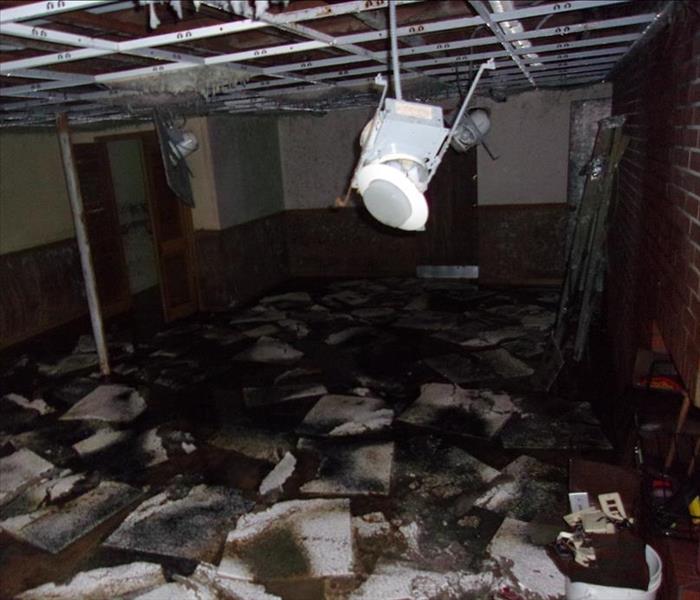 When we got the call back in April for possible sump pump failure we quickly dispatched a crew to extract the water and start the drying process. A fairly normal call to receive in the rainy season. However when our mitigation manager Alex arrived first he quickly realized this was not a sump pump failure, actually this was not the normal water damage job by any means. He quickly called the rest of the crews to arrive immediately. The house was completely drenched with walls and ceilings hanging on by a thread. There was about a foot of water in the basement and another 3 inches on each the first and second floor. The water has been running for months without anyone noticing. The family was on a winter vacation and had never turned their water off. Later on it was found out to be a few broken water pipes due to freezing. This house unfortunately had well water so the city had no idea there was an excess ussage and the well water also fed mold growth with the extra minerals in the water. The water also acted as a heat source (think geothermal heat) after the furnace stopped working. Unfortunately this was about as bad as it gets for mold and water damage. We were able to dry out the frame of the house and mitigate the mold on all the framing as well. Next up is rebuilding it to its former beauty.